Thanks you for register.

Our Travelling Tailor is visiting all major US & Canadian cities next month! Get Measured by our Expert Tailors in person! Order Custom made Suits, Bespoke Custom Tailored Shirts for men and women, in the latest styles of your choice, Hand Made in fabrics of your choice, in colors you choose! Customized just for you.. by our expert craftsmen for the perfect fit. See our Tailoring Trunkshow schedule and Make an Appointment with the Tailor for a free measuring session.
×

1780's: Tailors in Paris begin to use fabric left over from orders to make items
of clothing to be sold "ready to wear".

1790's: A prototype of the sewing machine was made. By 1830 it was used commercially in France for military uniforms. In 1841 Elias Howe patented the lock stitch machine and Singer began to market his version on an international scale. The home machine was a viable product by 1851 but not out of the patent pool until 1856. Multi-needle embroidery machines were used industrially in the 1850's. 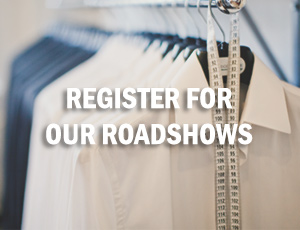 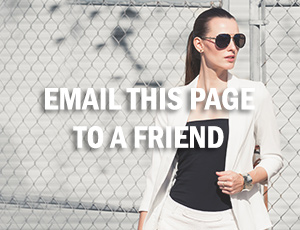 Experiments with Aniline Dyes (dyes based on benzene oil which is extracted from coal tar combined with acids to achieve colors) were begun. The earliest colors were not stabilized until the 1850's and then completely changed the look of fashion.

1840's: Men's coats with shawl collars and no waist seams were beginning to be worn. Pants still tended to be drop-front rather than fly front.

Gutta-Percha from Malaya was being processed into buttons, medical splints and billiard balls from 1843 (celluloid didn't come in for the billiard balls till 30 years later). A British immigrant to Mass. developed shellac in the 1840s in a form that was molded into buttons, checkers, picture frames and combs. 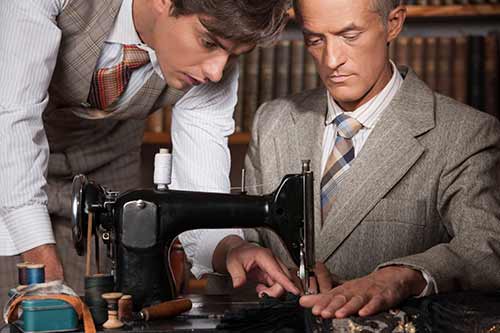 The pants tended to be tubular and long; gloves light colored. Detachable collars and cuffs for shirts were used and a dress collar touched the cheek.

Aniline Dyes were finally feasible thanks to W. H. Parks. First was Mauve in 1856 followed in 1858 by magentas, fuchsia, purple blues and green. Then followed Coral, Electric Blue, violets, bright pink, 'glaring' greens, bright yellow and every kind of red as well as dirty grays and browns. Traditionalists were furious but the colors became high fashion. An aniline black that was especially suited to cotton was used in the manufacture of calico 1860-1863.

Worth came to Paris and started what is generally considered the first 'modern' couture house. He began to be the designer for Empress Eugenie in 1858.

1860's: In 1861, Prince Albert died. This changed fashion and established very specific mourning requirements that were followed for years after.

Mr. Poole of Saville Row, London, began to dominate the men's world of fashion and kept on doing so into the next century.

Men continued to wear skirted frock coats in colors of blue, black, brown or medium gray. They were worn with patterned (mainly plaid) or black or tan pants cut much like those of the 50's but generally with fly fronts.

The vests, still shawl collared, stopped being embroidered and were often checked or plaid. By the latter 1860's (1868) men began wearing pants and jackets to match (also vests) and they were often referred to as "ditto" suits. Initially they were for travel.

By 1863, a knitting machine had been developed that would shape the garment as it knitted.

By 1865, steam powered machines were developed to make buttonholes, sew on buttons and do the pressing. Prior to this it was handwork.

During the American Civil War, since most cotton came from the South, there was an upsurge in the use of wool, silk and linen for clothing.